Don’t expect this to be an old-fashioned dungeon crawler. If the storyteller wants to make the setting so hard-edged that it cuts, then cyberpunk delivers with dystopian wastelands, self-dismemberment and overwhelming technological idolatry.

Here are some major differences that Cyberpunk offers up, compared to your classic RPG experience.

Your adventure is to survive 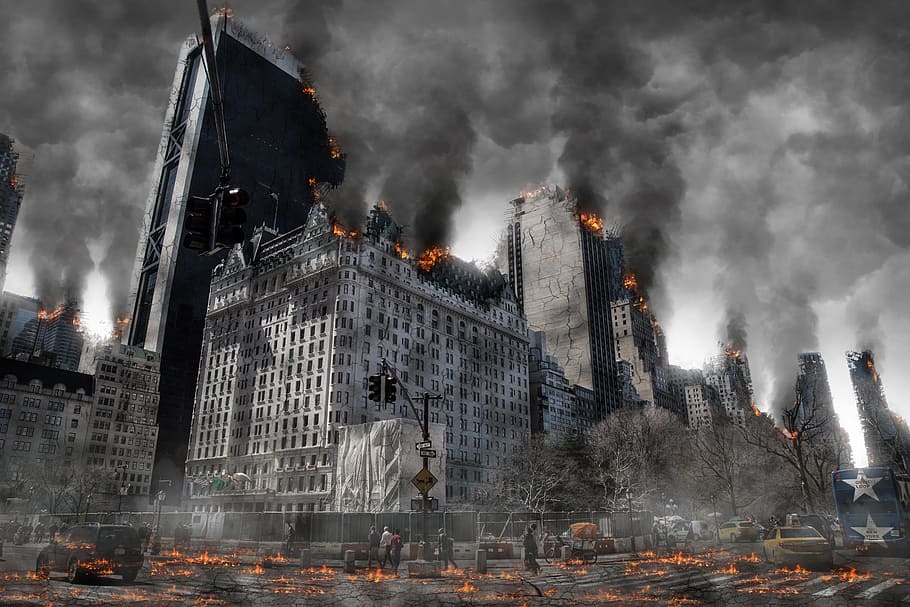 Most fantasy games are about exploring the ruins of a fallen empire. If you’re playing DnD, then your hero grows as they rediscover that lost power.

Today, you live in a modern empire. In Cyberpunk, these empires are falling apart around you in real-time. Ever wonder what happened before a post-apocalyptic movie? This is it.

You won’t be gathering your party at a tavern and strike out for an old castle. There are no dragons to slay and dungeons to spelunk in for treasure. Instead, you will find that living in the future city has costs. What is important is that you aren’t another wage slave like the millions of others. You’re a fighter, and you will take on anything this city has to throw at you. 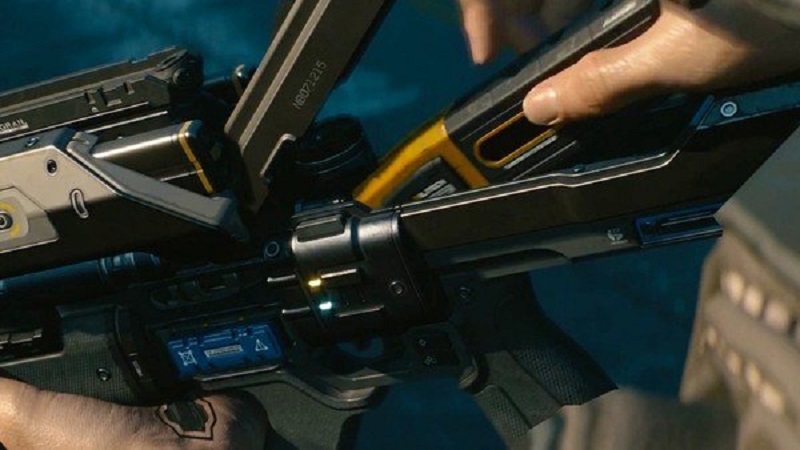 “I’ll give ya a war you won’t believe”

You wouldn’t bring a knife to a gunfight today, and that won’t change 50 years from now. Cyberpunk captures that reality offering you a futuristic array for your potential arsenal. (Ok there’s also melee options so if you really want you could take a knife to a gunfight but I’d suggest at least a Katana) 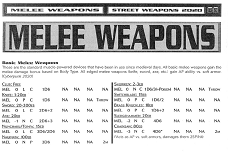 No matter what kind of character you play, you would be right to come packing. If you’re really into firearms, then you’ll enjoy perusing a large selection – whether it be a classic revolver or a cutting-edge laser rifle.

As a result, playing Cyberpunk means combat isn’t about sword and board. You don’t need to move a tiny figurine around a dungeon sketched on grid paper. Shootouts are dynamic and dangerous. Who walks away may be decided by your element of surprise and a roll of the dice. Expect action from the moment you draw your gun.

Man is the real monster 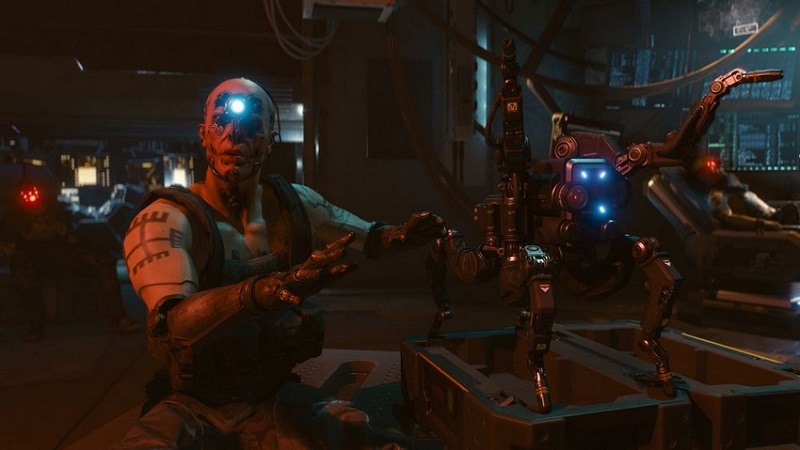 Or should that be machine?

Did a wizard do it? No. What you are facing are the products of man’s hubris taken to the ultimate end. Don’t expect to fight ghouls, these are mutants who were once human but had to live in toxic waste. That isn’t a demon, that is a cybernetically augmented soldier. And yes, the ghost is in the machine.

Your battles will be against those that society has failed. The richest and the poorest are divided by a total culture war. It doesn’t matter if your enemy is a street gang or an elite security firm. They have sunk their claws into the meat of the city.

Your most dangerous enemies will be the ones who pretend to be your friends. The stakes are high so expect to be double-crossed. Or will you be the one pulling off the con?

All the modern conveniences 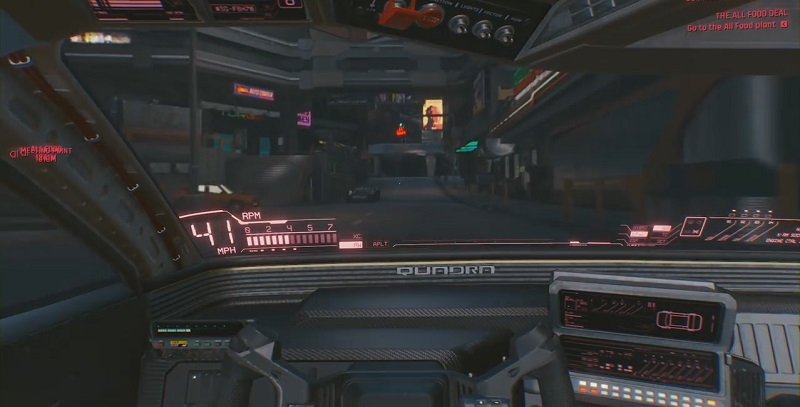 “Cyberpunk is all about the drive for power”

Don’t worry about riding a horse or finding parchment. In this world, you will be up to your cybernetic eyeballs with all the same tech that you rely on every day.

However, expect a “Dark Mirror” style twist. You don’t have a cell phone, you have a handheld Agent with software that’s trying to stop casual hackers. You can drive a car but expect far more Mad Max-style action than on your usual commute.

Beyond it all, there is cyberware. Welcome to the dawn of post-humans. Your body is only limited by what you can afford – or steal.

Your skin can be harder than steel. Your reflexes can be enhanced so fast that ordinary people cannot even see you move. Never lose your phone again – implant it in your skull. Does that sound a little scary? That kind of horror is a lot of the fun of Cyberpunk.

Hacking is the new dungeon crawl 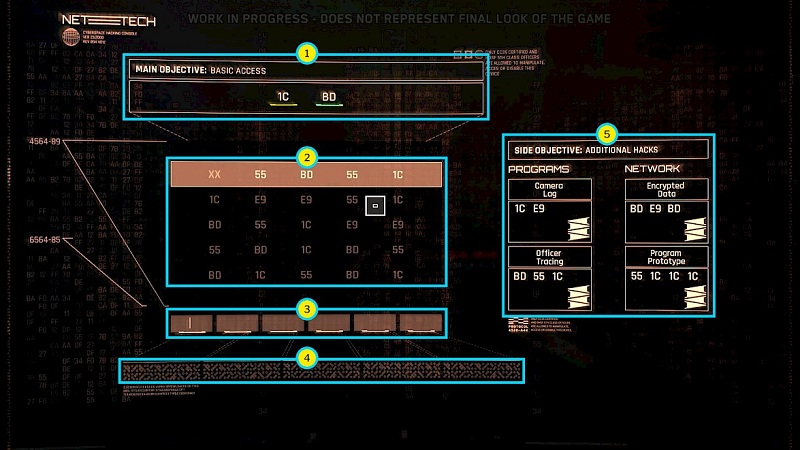 Cyberpunk envisions a future where computer security is a deadly game. Firewalls are so advanced that they cannot be hacked by computers alone. To invade a network, you must use the most advanced cybernetics to attack with your very own brain.

This is called Netrunning. If you are one of the elite few who takes the risks, then you will see the virtual world. It works like this: Upon detecting a wireless network, you will see its structure overlaid on your vision. Its defenses appear as monsters known as ICE. Your weapons are the programs that evade or destroy the ICE. Once you’re in, you’re committed. If you’re exposed then the ICE will burn your neurons and leave you a corpse.

The clock is ticking: Soon guards will be alerted, virtual and real. Can you uncover the digital secrets and escape with your mind intact?

Keep cool by putting points in your Cool stat 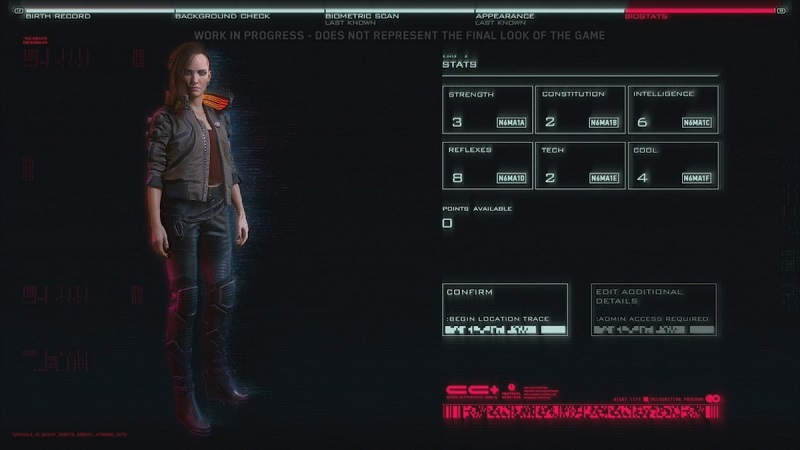 Chivalry is dead. But in the dark future, there are still methods of persuasion that don’t require violence. In Cyberpunk, there is a word that sums up a character’s ability to bring others to their side. This is your personal style, your undeniable inner strength, and a measure of how much others want to be like you. In homage to the timelessness of Cyberpunk itself, the slang used for this is simply your “cool”.

Cool is literally a character stat in Cyberpunk. It’s not just about staying frosty in a firefight. This is a universal scale that is shared by heroes, anti-heroes, and every badass in between.

There is the cool of an ex-special forces operator that strikes fear just by walking in the room. There is the cool of a protest singer where every performance sparks a revolution. You are dangerous and everyone knows it. The more “cool” you have, the more you exude the authority that comes naturally while leading from the front.

Consider what your character wears. You will do well to wear timeless urban gear like dark vests or trenchcoats. Or put on your branded clothes, the bolder the better. Any punk stuff is perfect. Chains, spikes and brightly coloured wigs all add to your attitude. Consider iconic characters like Shōtarō Kaneda, Trinity or Uma Thurman’s “The Bride”.

There is no magic… 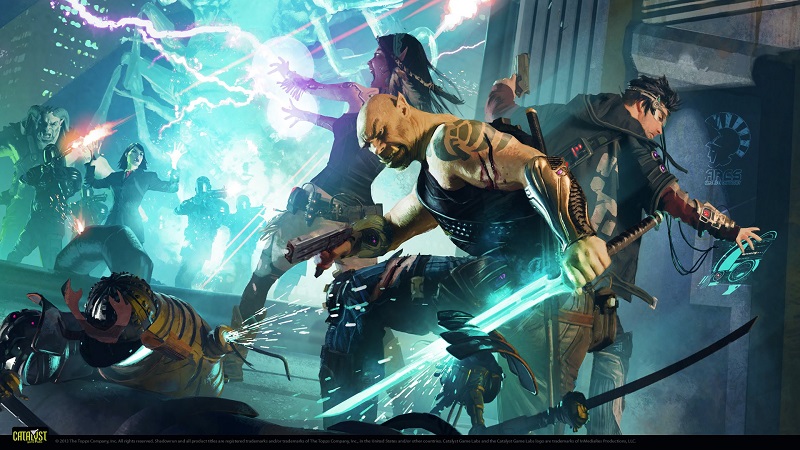 Science fiction is the art of predicting the future. If that’s your jam, then Cyberpunk is a deep slice of potential. The past is long dead. Say goodbye to old myths and legends. The fight is for the future.

But I do want to leave you with one more option. If you do want your futuristic RPG to have a little magic you should also consider the one game that is almost as iconic as Cyberpunk, and that is Shadowrun. It also is a dark and dystopian future. But half of Shadowrun is about the most impossible thing: Magic.

Yes, it’s 2050 and elves are hacking computers while dragons fly space shuttles to the moon. You can be anything in Shadowrun. But just like Cyberpunk, most of all you are free – because only “runners” like you dare to live outside the merciless corporations and the roving gangs.

If you have friends who enjoy fantasy settings then this may pull them into cyberpunk. They can play their half-orc and a rocket launcher too. Think about it! There’s also an excellent digital version if you prefer to try your RPG’s without having to learn the players guide here

So that’s a few starter tips to help you know what to expect from Cyberpunk, if that’s got you tempted, you can pick up Cyberpunk Red which acts as a prequel to the game here.