However, that careful trepidation into going obscene is actually a descent into who can be the most offensive. It’s at that point that you stop playing a game that is charming and it becomes a competition in vulgarity.

It’s also, and I’m sorry to break it to you. Not a very good game. Objectively, it requires barely any strategy and simply playing the top card of the deck alongside your own entries will see the deck of cards picking up points as quickly as any human player. It’s a punchline generator but how much of that joke have you truly participated in?

Look, I don’t want to include Apples to Apples here but I’d be completely remiss to leave it out. It’s the game Cards Against Humanity is based and is, therefore, the most obvious replacement. The gameplay is exactly the same as players take turns being a judge and trying to make the best match. The judge picks a winner and that player gets a point.

Because of the more family-friendly theme this game works perfectly for younger players you might have in your group. It also plays four to ten people so scales well enough that it fits into our good alternative to Cards Against Humanity. Probably not for everyone though so we’ll move on. 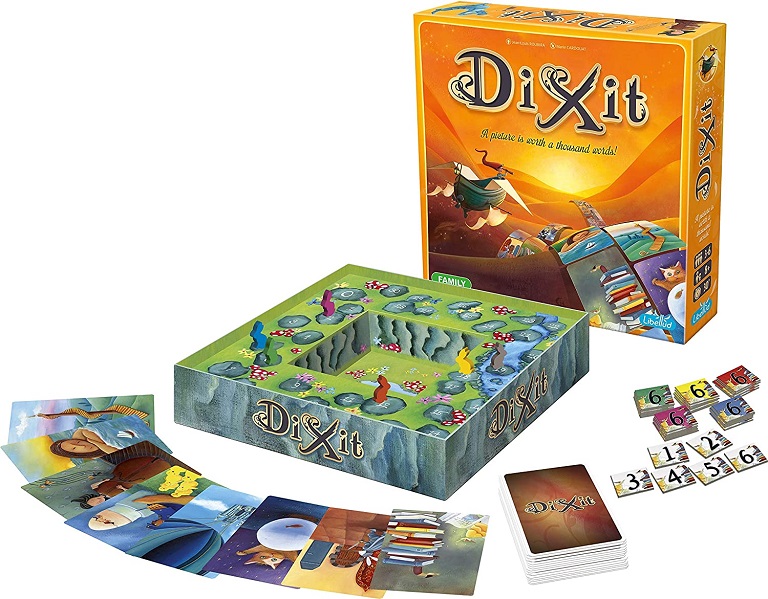 If you fancy Dixit its here

Dixit is an absolutely beautiful game full of oversized cards each depicting a unique and ambiguous image. On your turn you say something about your chosen card, it can be a sound, a sentence, a word, a sonnet, pretty much anything you want to say about it. Then each player submits their own card secretly into a stack that is shuffled and then revealed. The game is then to guess which card the original player chose.

The scoring has an interesting element because if everyone guesses your card or no one guesses your card you gain zero points. Instead, if there’s a situation between those two you gain three points and anyone else’s card got a guess gains one point. The game continues until the deck is empty and the winner is the player with the most points.

Dixit doesn’t scale to as many players as Cards Against Humanity , only playing for three to six players but it allows you to flex your creativity and deduction skills. Over the past few years, Dixit has been surpassed by Mysterium, a similar style of game that adds a layer of complexity to the game, which while welcome adds a level of thinking that perhaps pushes it beyond this category of alternatives.

Want to spend some cash? Its here

Cash N Guns is another older game that may have fallen out of favour that you should give another look to. Gameplay is very different to Cards Against Humanity, however, it really ticks the boxes that allow for more players and most importantly, lots of shouting at your friends.

The game sees you play the role of a gangster after a successful heist. Now you just have to split the loot up. Shouldn’t be too hard right? Aside from the fact you’re all armed and your greed demands you walk away with the lions share.

The main mechanic is bluffing your way out of trouble. You can defend your cash grab with your foam gun. Unfortunately, you’ve spent half a round during the heist, with only three bullets and some duds, can you manage to convince your colleagues to back out of the fight to avoid being shot?

It’s a silly game for four to eight players and lasts around 30 minutes but the silliness and volume of the game can truly escalate in that time.

Fancy your own copy? Its here

In recent years, Codenames would easily sit in this spot as a fun team game that sits well in the six to eight-player category. But Decrypto changed it up, levelling out the difficulty and allowing the laughs to be shared with the entire team rather than sitting on the edge of the table, alone with only your inner monologue as your companion.

You see in Decrypto, you split into teams and have four secret words that the other team is trying to guess. Each turn, one player on the team gets a secret code with three numbers relating to those words. That player on the team then has to give one-word clues to allude to the code. Before your own team can guess though, the other team has a chance and if they are successful they gain a point. First to two correct guesses wins. However, part of the beauty of the game is that if your team fails to guess correctly you gain an incorrect token. Similarly, if you fail twice, you lose the game.

So there’s a tightrope of trying to be discreet enough that the other team can’t guess your clue but still manage to get your team (who a reminder, can see the original words) to understand you.

It requires a lot more thought than the other games in this list but manages to be absolutely hilarious and games are very quick allowing for mixing up the teams and just one more game. 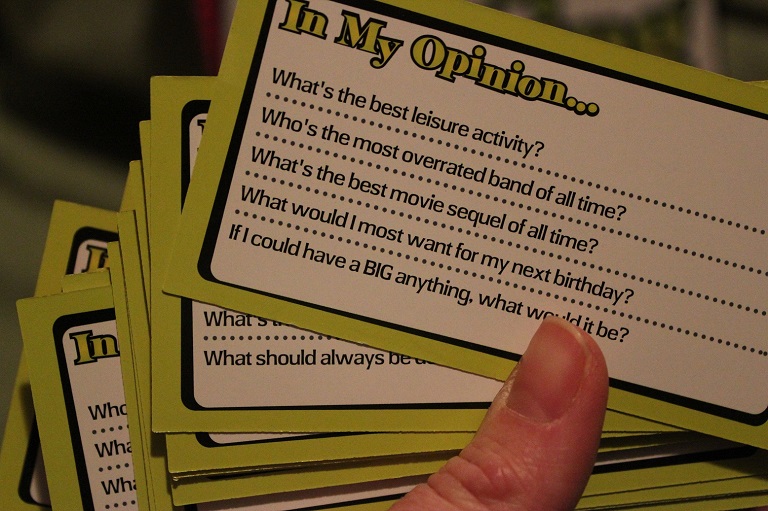 Finally, in my list of alternatives, we arrive at Say Anything. A fun party game that just unleashes your own in-jokes, wit and intelligence in a game where you are the brains behind the answers and therefore deserves the praise for your funny quips, retorts and remarks.

The game plays for three to eight and on each turn a different play poses a question. It’s then up to the other players to answer that question secretly on a mini dry-erase board. Then in turn each player reveals their answer (hopefully to much hilarity). Then, the question-poser (probably not the official term) secretly selects their favourite answer. The other players bid on the winner. They have two tokens allowing them to spread their bets or go all in. The favourite answer is then revealed and points are dished out.

This game is pure fun. It allows you to say anything (sorrynotsorry) in response to a varied set of questions and that freedom of expression is what makes it surpass the punchline generator of Cards Against Humanity.

There’s more games you could look to; Spyfall, Exploding Kittens, Wits and Wagers, Resistance Avalon and more but the main point is, there are fun alternatives to play. These alternatives will not only let you avoid the murky and quite frankly tired jokes you’ve made before but give you a sense of accomplishment for the great jokes, the great plays and the great times you have playing with your friends.