It was the summer of 2013, and I realised that through a combination of work and home issues, I wouldn’t be able to go to the E3 video game conference in Los Angeles that year. Any other year, this would have been something of a relief, because E3 is a giant clusterfuck of noise and hype. But 2013 was the year Microsoft and Sony were showing off their new consoles: the PS4 and Xbox One. It was not the year to miss.

So I did what any functioning adult in this early part of the 21st century usually does – I went on Twitter and whinged about my bad luck.

It should have ended there, except one person who read my whiny tweet was Georg Backer. Georg is a veteran games developer and a lovely man, filled with optimism and enthusiasm. He replied to me, saying, ‘why don’t we put on our own E3 here in London, and run it at the same time?’, and I replied: “ha ha yes, but E3 is only a fortnight away, we couldn’t possibly arrange it, I mean where would we put on such an event?”

That’s when Jimmy, owner of the Loading Bar in Soho, piped up and suggested… the Loading Bar in Soho. Then I said ‘ha ha, but who would help us fund such a thing?’ And then Andy Payne, at the time MD of Mastertronic, offered us his business guidance. And somehow, out of a casual twitter conversation one dull afternoon, we’d decided to put on an indie-themed E3 alternative in London – in 14 days. I still thought it was a joke, that it wouldn’t happen – but I hadn’t reckoned on Backer.

Backer has energy and contacts. Lots of contacts. And LOTS of energy. Before I knew it, he’d confirmed the venue with Jimmy, and he’d got together with his friend Tracy King to start putting everything together. They contacted Jon Weinbren at the National Film and Television School and managed to hire a talented student film crew to work with us. Yes, a film crew. Georg’s idea was to run a standard games event during the day, then clear everything out and host a livestream every evening for several hours. This would happen over four days. It was crazy. Or at least it seemed crazy. And then it started happening.

We had two weeks. TWO WEEKS. In that time we started contacting indie devs and big publishers asking for their support and attendance. To our surprise, people started getting back to us. Our Twitter conversation was picking up interest. People were referring to the event as Keith3, which I secretly loved because I’m a huge egotist, but we knew we needed a better name – I think it was Georg or Tracy who came up with EToo. This was a clever reference to the LA event, rather than the then-Chelsea player Samuel Eto’o, but whatever, it seemed to stick. 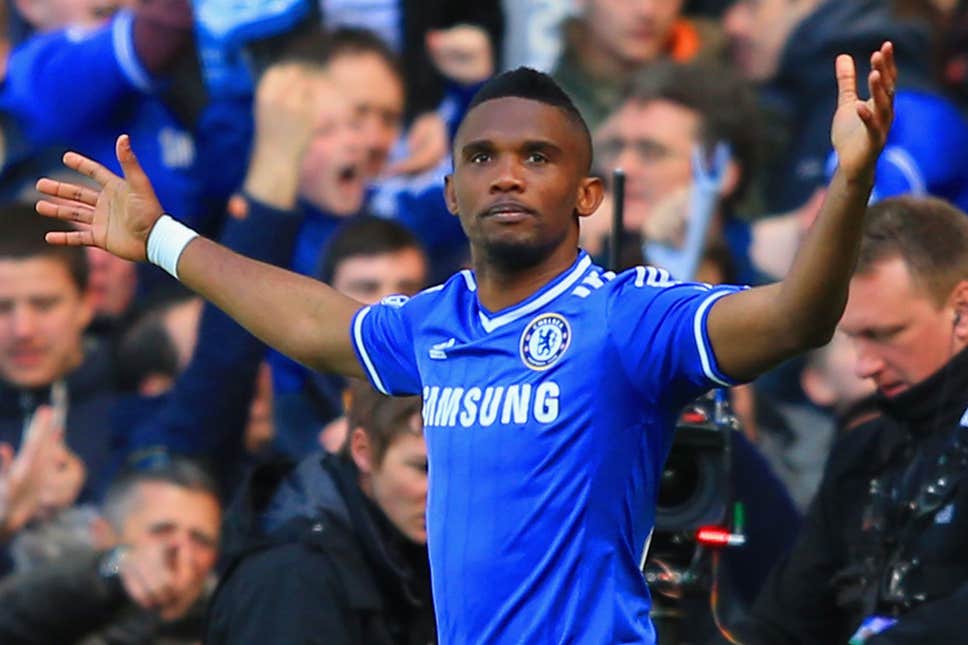 Samuel Eto’o, not to confused with Etoo

Camera crews were wrangled and merchandise was ordered. Georg’s girlfriend Sonja designed us a beautiful logo, and Tracy’s partner DcTurner made us an amazing computer animation of the logo to use as an ident in our live streams. Developers like Dan Pearce, Tom Francis and Jim Rossignol agreed to turn up and show their stuff. We also convinced Sega, Ubisoft and Capcom to bring some games – a remarkable commitment from them considering they all had that little E3 thing to think about as well. I’ll never forget the efforts of their respective PR departments to get this done. I also approached Sony for funding, expecting the consumer electronics giant to laugh at us and wave us away. It didn’t. Sony helped fund the whole thing. Not only that but they also let us exhibit their cool PS4 title Puppeteer before it has even been revealed at E3. So we technically had a world exclusive. Crazy. 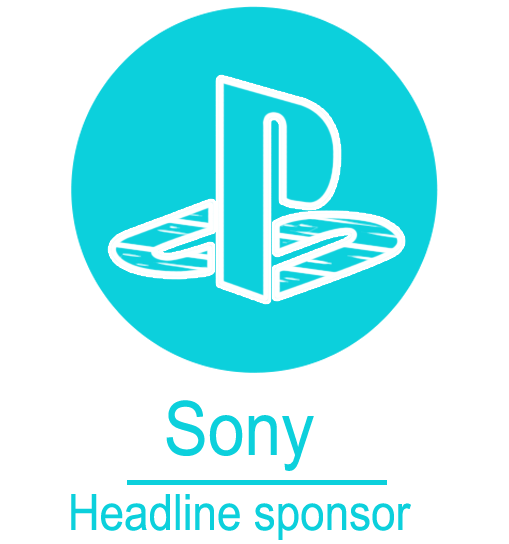 So that was how, over four days one June, Georg and Jimmy and I ran a games conference from the Loading Bar on Rupert Street. Every day the small interior was jammed with developers, often just bringing laptops and balancing them on their knees. We weren’t sure if anyone would come, but they did, in their hundreds. The bar was packed every day. We had tiny studios from all over Europe, putting themselves in considerable financial risk to take a punt on this weird little event. 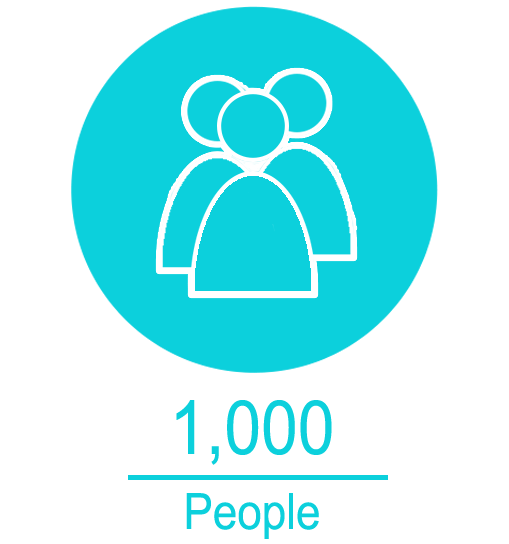 It was beautiful. It was friendly, fun, interesting and bewildering. I live in Somerset, so I ended up sleeping in the downstairs bar at Loading every night. In the evenings we interviewed developers in front of a small in-house audience and a larger online presence. We had guest presenters like Rufus Hound and the crew from the One Life Left radio show. The atmosphere was joyful and boisterous. We all drank a lot. 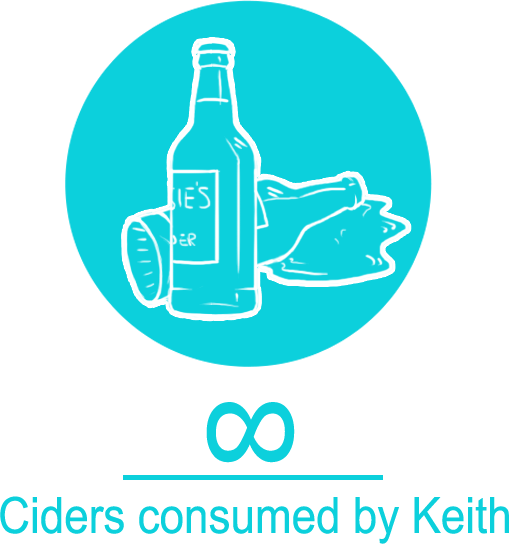 Somehow, it worked – this crazy idea that came out of a sulky tweet. We pulled it together, we showed great games. Sometime afterwards I found out that Sony was sending over executives almost every day – a handy by-product of basing the event only a few minutes’ walk from the company’s HQ. I know that at least two games shown at EToo were later picked up and published by Sony. The event changed people’s lives. 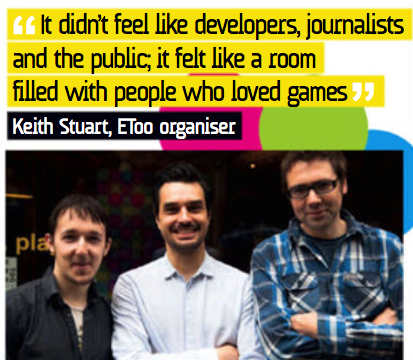 Afterwards, we were all exhausted, the bar was in disarray and the developers had left. I thought, wow that was an incredible one-off – but Georg was already thinking about next year. What a thing to do. What a time. And what an industry.